til: engineers in the USA knew that soviet engineers were reverse-engineering their CPUs, so they etched a russian message into one of the lower layers of the MicroVAX 78032 (you can't see it on the die, you'll only find it if you dissassemble layer after layer - like you'd do for reverse-engineering) that basically said "stop stealing our stuff". and sure enough, the message was found some months/years later (it takes time to smuggle that stuff) in a lab in Erfurt and led to awkward moments. 😁

source (in german): http://www.deutsches-museum.de/fileadmin/Content/010_DM/060_Verlag/060_KuT/2015/2_15_Spionage/Dittmann_web.pdf
they eventually succeded in (re)creating the first 32-bit cpu in the eastern block, the U80701, and in building a whole factory (by smuggling in machinery from all over the world). the first working samples were produced in october 1989...the gdr collapsed in november 1989 and nobody was interested in 5+ years old hardware anymore, so they never started serial production. 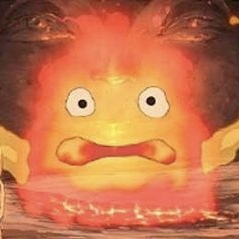 @aurora this has been both fascinating and excellent German practice for me (plenty of good vocab!), thank you!

@aurora Oh huh, that's my town! I don't think any newspapers reported on it though :s

@luna @aurora Indeed, the newspapers of my hometown Mühlhausen, where the KC was produced, did not print it either..